How To Strengthen Financial Independence And Retire Early

When I first heard of the FIRE (Financial Independence Retire Early) Movement, I had no idea what it was.  I knew it had something to do with money (which intrigued me), but I had never heard of it before.

I even had a hard time knowing what to Google to find out. So after digging around the information dirt pile, here is what I came up with.

FIRE stands for Financial Independence Retire Early and is essentially a plan to retire 20-40 years before you might typically.

There are many ways to find financial independence, and there is also a lot of controversy in this movement.  When I found out, there was controversy, I knew then that I needed to drown myself in the research.

Why is it controversial, how difficult is this, and is it the answer to retirement issues everywhere?

What Is The FIRE Movement?

There is a desire gaining popularity with many millennials to retire early – really early while being completely financially independent by their 30’s and 40’s.

Its a plan of being VERY frugal while investing a substantial amount of money in a short time.

How much money do you need to retire?

The plan is to save and invest between 50 and 70% of your income until you have thirty times your living expenses.  And to do this as quickly as possible.  This means that you take the living expenses only (no fun!) for the year and multiply by 30.

Then, live on only 4% of your investment.  That’s right, each year, withdraw 4% out of your funds and live on that amount.  So depending on your goals and dreams, you may want to increase or decrease the amount saved.

Many chose to live bare bones frugal to speed up the process.

Check out this post on my blog for 43 Frugal Hacks to get you started.

What kind of mindset do you need to retire early?

As with any big money decision, it has everything to do with your mindset and how you see your relationship with money.  Are you a person who believes that you work hard, so you also deserve to play hard?

Do you consider that you will always work because you are not good with money and will always be in debt?

Have you always heard that money doesn’t grow on trees and our family doesn’t do things that way?

If you have dreams that are bigger than the voices in your head, you can do whatever it is you want, including retiring at 39 years old with enough money to sustain the next 40-50 years.

I wrote a great post on mindset if you want to read more.

What Do You Do After You Retire Early?

Some may retire all together while others find a job that allows them more freedom or allows them to do something different that they have always loved.  My husband says when he retires, he wants to run a backhoe and play in the dirt.

Some invest their time in online businesses that allow them the freedom to travel more and work from anywhere in the world.

You also must continue to be mindful of the money you have, spending only a small percentage of your savings and investments each year.

The answer to the question of ‘What do you do after you retire?’ is anything that you want!  Fulfill all your wildest dreams!

Here is a blog post with a few millionaire daydream ideas.

The more fun you want to have, the more money you will need to invest.

How To Reach Financial Independence.

As I mentioned above, reaching financial independence and retiring early is not something you should decide on a whim. It takes some serious thought and some serious planning.

Consider your dreams into adulthood.  If a person retires at 67, the life expectancy of a male is about 79 years old, according to the World Bank.

That gives him about 12 years to do all the things he wanted to do – travel, spend time with kids and grandkids, hose off the driveway while sitting in a lawn chair drinking ice cold lemonade while wearing a cool sun hat, tall socks, and sandals.

But think about it.  As we age, our health may decline.  Do we have enough good days in us to do all the things we want in our final years?

Imagine being able to do all the things at age 37 instead of 67!

Can you even consider taking 15 years of your life and living a tad crazy to be able to enjoy the rest?

Could you live a simple and frugal life, getting by on cheap cars, renting a smaller apartment than you think you might deserve, and eating at home more? Then saving at least 50% of your pay and investing that so that later, you can fulfill all your dreams!

Could you not care what your family, friends, and strangers thought about you enough to be THAT unconventional to reach complete financial independence?

You must live extremely frugal to retire early.

This isn’t necessarily true.  You have to be committed, and you have to be intentional.  According to my research, anyone can follow this movement.

It helps not to have debt, and it helps to make money, but its early retirement doesn’t have to rely solely on being in the top one percent.

The more you make, the faster you might get to your magic number, but anyone can do it.

They are not extreme, just intentional.  FIRE participants spend and save using what they feel is as vital as their guideline.  Things they are loving take president over others that aren’t as important.  They understand that saving money now means spending later.

There is a strategy to where they spend based on what the value most.

Remember though, every penny you spend frivolously is one step behind where you want to be.

Retirement means doing whatever you want. If you’re going to volunteer every day or start your own business, you have those freedoms.

If you want to create a blog or open an Etsy store for all those baby hats, you have that option.  Or if you’re going to work at Barnes and Noble just for the discount, you sure can.

But it means that you no longer have to go to a job for the sake of working and collecting a paycheck.  You have the freedom to explore and experience.

You will run out of money!

That is always a possibility.  But if you stick to the premise of only withdrawing 4% a year from your investments, you should be safe.  Plus, there are other ways to make money if you are concerned.

There is always Barnes and Noble!  There are ways to continue making money after you retire.

People who retire early are lazy.

I am willing to bet that the financially independent retire early people are busier than most.  Because they have the time to chose the life experiences that they want to take part in, retirees are filling those days with whatever they wish.

What about health care?

This is a big question and something that has to be given a lot of thought, attention, and research.  Thankfully there are so many options out there depending on what you need right now and what you assume you will need in the future.

Health care and insurance is pretty important to have and should not be ignored or decided on lightly.

It is part of the big picture when deciding on financial independence.

Long term risk is not thought about.

Being financially independent ad retiring early is a huge decision.  One must do some serious homework and preparation before deciding.

Understanding the risk, comprehending all that they should know about the 4% rule, and doing it anyway is a chance they are willing to take to live the life participants want.

There is always a risk – in everything that we do.  But life goals should be worth these risks.

What about Social Security?

Most financially independent, retire early gurus tell you not to even think about social security and whatever you get when you are ready to collect can be extra icing on the cake.

The truth is, nobody knows what the future holds for social security, and nobody should ever count on the government to take care of you.

What is your opinion about the Financially Independent, Retire Early movement? Is it crazy and out of reach?  Is it something that you wish you had done or something you would love to attempt?  I would like to hear your thoughts!

You Are Excited And Debt Free!! Now What?
Next Post: 17 Frugal Life Hacks To Buy Now and Save Later 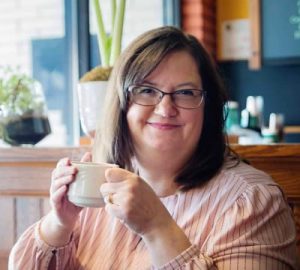